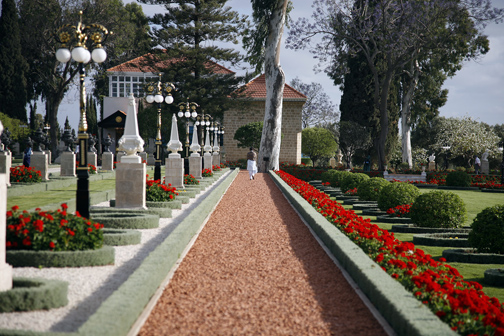 For book group conversations, individual
and group study, I offer these Reader’s Guide Questions to stimulate reflection and conversation - to assist you on an enjoyable journey. Specific chapters are often noted for easy reference. Questions are divided into six short sections.

1.  Humanity’s eternal questions about the meaning and purpose of life were succinctly addressed by Baha’u’llah in the verses of The Hidden Words (Chapter 37).  How adequately do you feel these questions are addressed by the culture in which you live?

2.  Baha’u’llah wrote that “the doors of the hearts of men, which in reality are the doors of heaven, . . . are unlocked” by the Word of God, which He called “the master key for the whole world. . .” (Chapter 37)
What meanings do you find in these metaphors?

3.  The source of evil in the world, according to Baha’u’llah, is the lower, selfish aspect of human nature, rather than an independent, outside force. (Chapter 54)  How do you see this in relation to the decisions and actions of key figures in The Story of Baha’u’llah?  How does Baha’u’llah’s explanation compare with your own understanding of the nature of evil?

4.  “Every trace of evil” could be “banished from the face of the earth,” Baha’u’llah declared.  How did He say this could be accomplished?  What does this imply about the power of free will and individual responsibility?  How possible do you think it is to eliminate evil from the world?

1. In the opening chapter of The Story of Baha’u’llah Shaykh Mahmud is transformed from a persecutor to a seeker of truth. Throughout the book are the contrasting stories of people who chose to investigate the claims of the Bab and Baha’u’llah, and those who chose to be adversaries. What criteria are important, in your estimation, in deciding what is true? What qualities and beliefs do you consider useful to investi-gating truth? What might hinder the process?

(See Chapters 5, 35) Which stories (of people seeking truth) did you find most memorable?

2. While Mulla Husayn was preparing to search for the Promised One in Persia, many Christian ministers were preaching that the return of Christ was at hand. Did it surprise you to learn that all major religions have similar expectations for a Great World Teacher? That Christian and Moslem expectations focused on the same time period? That people’s responses to news of a divine Messenger were often similar in these widely separate cultures? (Chapters 5, 26)

3. In Baghdad the mullas demanded a miracle from Baha’u’llah as proof of His divine mission. Baha’u’llah agreed to perform whatever miracle the mullas could decide upon, but denied that miracles were the proof of a Prophet. What criteria did He put forth as authentic proof of a divine Messenger? (Chapter 39) Do these criteria, along with the glossary definitions of Messenger and Prophet in this book, add any new dimension to your own understanding of the divine Messengers?

4. Baha’u’llah extolled Jesus Christ and stated that the Prophet Muhammad had also upheld “both the Book and the Cause of Jesus . . . and testified that they were all of God.” (Chapters 39, 66) What other bridges of understanding, particularly between Christianity and Islam, have you found in your reading of The Story of Baha’u’llah?

5. What qualities did Baha’u’llah manifest in His behavior toward His fellow believers and followers? Toward those in authority? Toward His family and friends? Does your knowledge of Baha’u’llah’s life affect your evaluation of the truth of His teachings? What attitude is conveyed by Baha’u’llah concerning His relationship to the Divine? (Chapter 8) How do you think Baha’u’llah meets the criteria of proof for a Messenger of God? (Chapter 39)

6. How would you answer the questions above about the Bab? What understanding do you glean from the analogies used to describe the relationship between the Bab and Baha’u’llah and their missions? (Chapters 26, 66)

1.  Referring to the divine laws in the Kitab-i-Aqdas (Most Holy Book), Baha’u’llah used a variety of metaphors – “the keys of My mercy,” “the ocean,” “the lamps of My loving providence” – and stated that obedience to them would lead to “perfect liberty” and assist the soul to fulfill its spiritual destiny. (Chapter 54)  What feelings and general attitude toward divine law and authority does this convey?  How do these compare with your own?

2.  In Western culture martyr has taken on a negative tone, which is reinforced by current events.  How did Baha’u’llah broaden the meaning of martyr in His praise of the two brothers designated by Him the King of Martyrs and the Beloved of Martyrs? (Chapter 59)  Do episodes in The Story of Baha’u’llah, and the responses of the Bab and
Baha’u’llah, add any new dimension to your understanding?  (Chapters 18,19,20, 59)

3.  Baha’u’llah strictly prohibited the use of force in spreading religion.  How does He counsel His followers to behave?  What metaphors does He use to shed further light on His meaning? (Chapters 34, 40, 61)  Before Baha’u’llah’s clear guidance, what restraint did Quddus counsel the followers of the Bab to use at Fort Tabarsi? (Chapter 17)  What further understanding do you gain from The Story of Baha’u’llah?

4.  How is the Muslim term “jihad” defined (Appendix 3), and what is “the preferred jihad” attributed to the Prophet Muhammad?

5.  Throughout The Story of Baha’u’llah are references to social injustice and the demands for change that began to erupt around the globe in the nineteenth century.  How do you see the teachings of Baha’u’llah mentioned here addressing these issues? (Chapters 14, 38, 46, 64)

1.  What is the first primary requirement for peace among nations, according to Baha’u’llah?  What other steps do nations need to take to achieve peace?   Does it make you more or less hopeful that Baha’u’llah did not promise peace as an overnight, miraculous occurrence, but as the result of humanity applying the new tools of spiritual guidance to its collective life?  Which would you consider as more a gift from God?
(Chapter 64, 65)

2.  The United States of America, a federation of states, is portrayed in Baha’i writings as an example of how nations need to work together.  What challenges and promise does this analogy suggest?  What do you think of the promise that America will play a significant role in leading the nations to peace?  Do you find it disturbing or hopeful that America is destined to experience tests and suffering as part of this process? (Chapter 65)

3.  Not only did Tahirih have to sit behind curtains in her Muslim culture, but so did Lucretia Mott and Elizabeth Cady Stanton at the 1840 World Anti-Slavery Conference in London.  What does this say to you about the value of women in Eastern and Western cultures at that time? (Chapters 13, 14)  What do you think about the significant role accorded to women in the process of establishing peace in the world, according to Baha’i writings?  (Chapter 65)  About the current United Nations resolution, which calls for more women to be involved at all levels of conflict resolution? (footnote, p.272)


A PATTERN FOR
THE FUTURE

1.  The teachings of the divine Messengers have been the energizing force for the progress of humanity, according to Baha’u’llah.  What gifts are part of the “excellent and priceless heritage” bequeathed by Baha’u’llah to humankind?  If divine guidance is ongoing, as Baha’u’llah states, what does this indicate about human nature?  Do you see evidence in the history of humankind to support the notion that the human race is continually developing?  Do you consider this hopeful? (Chapters 39, 66, 67, 69)

2.  Why do you think consultation is put forth as an essential tool in the development of humankind and the functioning of a peaceful world?  How do you see it contributing to the creation of a more mature human race?  How might the change in the nature of leadership – from clergy to elected institutions that draw from all members of a community – both reflect and contribute to a more mature humanity? (Chapter 67)

3.  The opening of Chapter 65 touches upon developments in the material life of humanity which were, at first, beyond the imagination of most people.  Does this support the expectation that the social and spiritual changes outlined by Baha’u’llah – which may also seem beyond imagination today – are, nevertheless, achievable?

4.  Do you think people in every age saw the difficulties that precede change as insurmountable obstacles?  What do you see as current obstacles to achieving the “noble goals” mentioned in
Chapter 67? 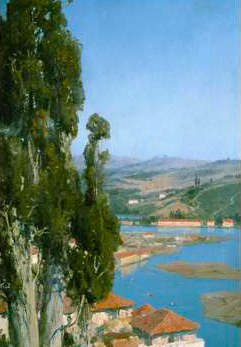 2.  How would you describe Navvab?  What do you see as Navvab’s particular bounties and difficulties as wife and spiritual companion to Baha’u’llah?

3.  Mirza Mihdi, Baha’u’llah’s youngest son, chose to transform an accident into a gift of sacrifice.  If the nature of sacrifice is to surrender the lesser for the greater, how do you see it in relation to the process of creating a new mind in humanity?  To establishing unity and peace among nations?  (Chapters 52, 53, 67)

4.  How did Baha’u’llah define the term idol in describing Mirza Yahya?  How does this compare to your own understanding?  The image of a branch broken off from a tree is used to describe Mirza Yahya and his associates in relation to the Covenant of God.  What meaning does this suggest?  What do you find significant in Baha’u’llah’s words of admonishment to Mirza Yahya? (Chapter 45; Appendix 5)

5.  What did you find noteworthy about the various cities in which Baha’u’llah lived:  Tehran, Baghdad, Constantinople (Istanbul), Adrianople (Edirne), and Acre?

6.  The Story of Baha’u’llah includes the stories of many people whose lives were touched by the life of Baha’u’llah.  Which were most memorable to you?  What episdoes did you find especially memorable?